Day 183 was a very special day for the entire contingent of padayatris of the Walk of Hope. The day’s destination was Ralegan Siddhi, home to Anna Hazare, one of India’s well-acclaimed social activists. Ralegan Siddhi is a national showcase for environmental conservation, having carried out programs like tree planting, terracing of hillsides to reduce soil erosion and digging of canals to retain rainwater. A fore-runner in its use of non-conventional energy, the village uses wind power, biogas and solar power through a project heralded as a sustainable model of a village republic.

In 1975, the village was afflicted by drought, poverty prevailed, and trade in illicit liquor was widespread. The village tank was unable to hold water as the embankment dam wall leaked. Beginning with the percolation tank construction, Hazare encouraged the villagers to donate their labour and repair the embankment. Once fixed, that summer the seven wells below filled with water for the first time in memory! The village now has water year round as well as a grain bank, a milk bank, and a school, transforming Ralegan Siddhi from an extremely poor, highly degraded village ecosystem in a semi-arid area to one of the richest in the country. A model for everyone, their 25-year old example demonstrates that it is possible to rebuild natural capital in partnership with the local economy. The village, described in the 60’s as “one of the many villages of India plagued by acute poverty, deprivation, a fragile ecosystem, neglect and hopelessness”, has turned around!

Anna Hazare joined and walked with the yatris for awhile until they reached Ralegan Siddhi just before noon. Post lunch, they visited the Swami Samarth Mutt and toured the village to view the transformation wrought by the villagers. After this, Anna Hazare addressed the padayatris and interacted with them. It was as inspiring as it comes, and every single participant of the evening’s interaction came away moved, inspired and proud of our nation.

“I thank Annaji. I am very happy that he said ‘our’ padayatra, ‘our’ ManavEkta. I feel very happy that he is with us. It is not necessary that he walks with us but our thoughts are similar. This is also your yatra. You are doing work. We are also doing work from this side. I thank you for your guidance and love. The padayatris are grateful, they must see what work is being done here, they must learn from this place.”

An excerpt from Anna Hazare’s talk :

“Sri M has showed us what can be done if words and actions come together. Clear character, clear thinking and a life without stain! Also, a little bit of sacrifice. A little sacrifice is needed. Without sacrifice, nothing will happen. For thousands of years, it has been said in India that, for the welfare of the nation and society, someone has to sacrifice. You can see this in front of you.”

“In a farm, you can see corn plants. Why are there so many corn plants? Because one grain has been put into the ground; this grain is needed. If that happens, then we will see good things. Many grains wonder – why go into the ground? I want to live a nice life of luxury – why go into the ground? The grains that think like this are destroyed; the grains that do not go into the ground go to the flourmill, are ground and become flour. This is not the fate of the grain that goes into the ground; it gives rise to a thousand other grains. Look at your family; 200 years ago, who was who, does anyone remember anyone’s name? Why? Because they went to the flour mill and got destroyed. And, what has happened of people such as Mahatma Gandhi and Vinoba Bhave? They have not been destroyed. They still stand out in the millions they have given rise to.”

To read the complete text of the talk, click here. 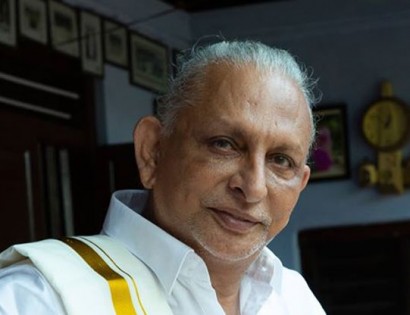 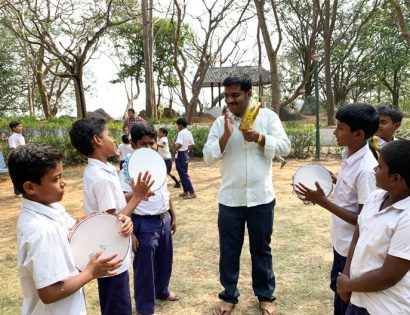