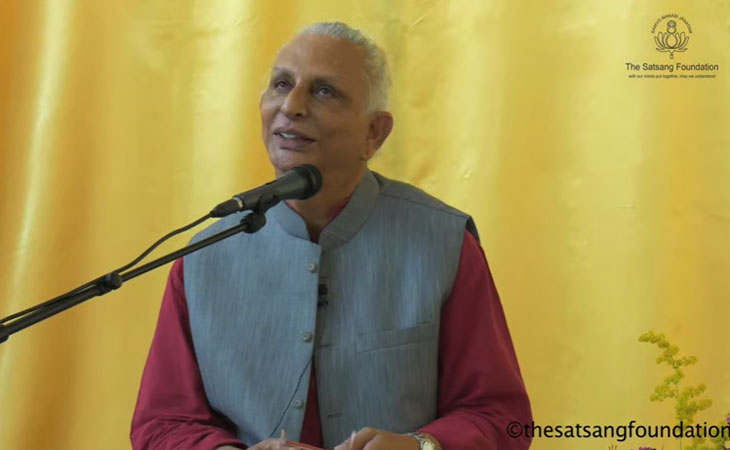 “The imperishable is metaphorically compared with the spider which spins its web and puts it out and then when he wants he withdraws it back. So there is no web. Only the spider. But temporarily you see the web; And in that web so many insects are trapped…..And we are, in that kind of web, trapped in some way….” Sri M’s commentary on the Mundaka Upanishad.

“Right now being the ‘small self’, because we have our limitations and understanding that the same ‘Self’ without any limitations is the Supreme Reality, use the ‘small self’ as the arrow and say to yourself, “What I am seeking is the bigger Self, the greater Self” and hit without any mistake, meaning be completely one-pointed in the search for the Supreme Self”… – Sri M’s commentary on the Mundaka Upanishad.