Manav Ekta Mission invites you to a screening of the film, “Had Anhad” by Shabnam Virmani. The film will be followed by an interactive session with her.

This screening is to introduce the the Walk of Hope, a padayatra for peace & harmony by the Manav Ekta Mission – from Kanyakumari to Kashmir. Led by Sri M and traversing the varied landscape of India, it seeks a significantly restored nation—fit enough to be bequeathed to our future generations.

Journeys with Ram and Kabir

Kabir was a 15th century mystic poet of north India who defied the boundaries between Hindu and Muslim. He had a Muslim name and upbringing, but his poetry repeatedly invokes the widely revered Hindu name for God – Ram. Who is Kabir’s Ram? This film journeys through song and poem into the politics of religion, and finds a myriad answers on both sides of the hostile border between India and Pakistan. 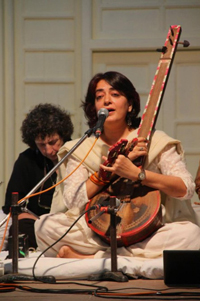 Shabnam Virmani is a filmmaker and artist in residence at the Srishti School of Art, Design and Technology in Bangalore, India. 7 years ago she started travelling with folk singers in Malwa, Rajasthan and Pakistan in a quest for the spiritual and socio-political resonances of the 15th century mystic poet Kabir in our contemporary worlds. Among the tangible outcomes of these journeys were a series of 4 musical documentary films, several music CDs and books of the poetry in translation (www.kabirproject.org).

Inspired by the inclusive spirit of folk music, she has begun to play the tambura and sing folk songs of Kabir herself. Currently she is working on co-creating a web-museum of Kabir poetry & music with folk singer communities in India and developing ideas for taking mystic poetry and folk music to school classrooms. She continues to journey to new areas such as Kutch, Gujarat and draw inspiration not only from Kabir, but also other mystic poets of the sub-continent and the oral folk traditions that carry them to us. Her earlier work consisted of several video and radio programs created in close partnership with grassroots women’s groups in India. 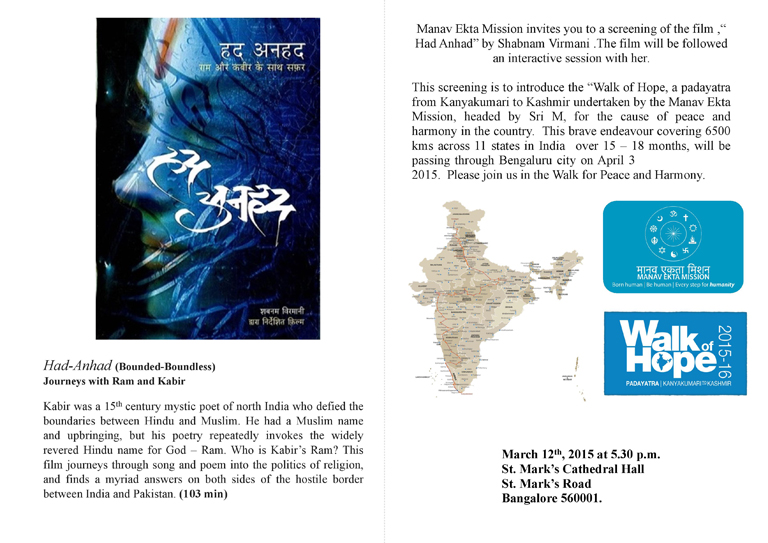 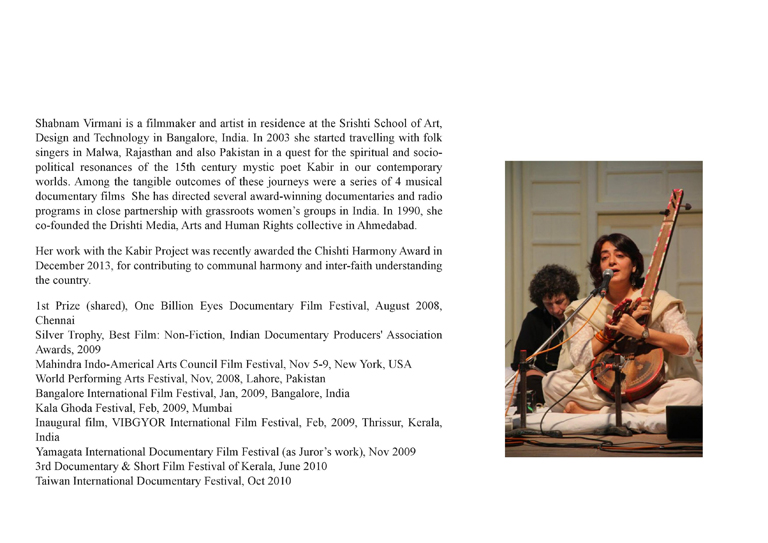 ‘Meeting Mukhtiyar Ali’ – Episode from the film ‘Had Anhad’