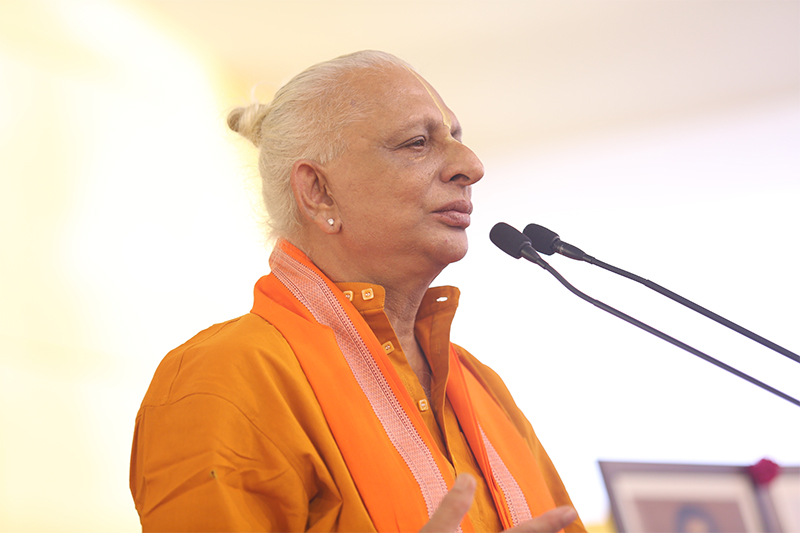 According to all the traditional texts of the Nath Sampradaya, as well as the south Indian Shaiva literature, and Kashmir Shaivism in the north, Namaha Shivaya, the Shiva Panchakshara, is a very important mantra. Even though it has panchaksharas only, five letters like other mantras, we add a pranava in the beginning, so it becomes ‘Aum Namah Shivaya’.

The Shiva Samhita, the Shiva Purana and the Tirumantiram of Tirumoolar in the south talk about the importance of the panchakshara, both external and internal and how there is a school of thought which thinks that this panchakshara is sufficient to raise your consciousness to higher levels and make you realise who you actually are, as opposed to who you think you are. This is the Shiva Panchakshara.

In Tamilnadu, it is said that the great Sage Agastya came away from the Himalayas and headed south and he didn’t go back. One of his prominent disciples followed him after some time. Finding that Agastya has not returned, he thought I will also go to the south and see where my Guru is.

On the way there was a little forest and there was a shepherd community living close by. So, he saw a very touching scene. He saw that the shepherd from the village who had brought in the sheep for grazing, had suddenly died. He saw the sheep were standing around the dead body and shedding tears and were very sad. He thought I must assuage the grief of these poor sheep. So, being a great yogi, also a disciple of the great Agastya, he left his body in the hollow of a tree trunk, came out in his subtle body, Sukshma sharira and entered the body of the shepherd, whose Sukshma had left temporarily. When he got up, the sheep became very happy. So, he took them around grazing. He thought in the evening when they are a little more controlled and come to terms, then I will come out and pick up my own body and go away. So, the whole day the sheep grazed and in the evening, he came back and found out that some people from the village had come and found the dead body in the hollow of a tree. They burnt it. They waited for some time, nobody appeared, so they cremated it. It was a stranger’s body. 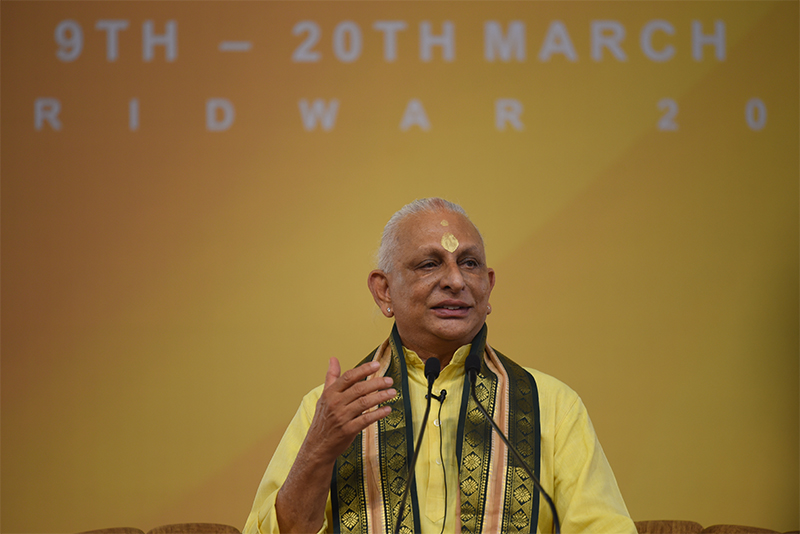 He came back, it was time to leave the sheep and go. There was nobody, it had gone. So, he became permanently stuck to the shepherd’s body. Now, in Tamil, shepherds are called moolar. So, Tiru is like Sri, when you say Sri in Sanskrit or Hindi, Sri or Ji, the tamil word is Tiru. So, what happened, when he went back to the village with the sheep and his wife came out to welcome him; she found that this man was talking in a strange language and singing some verses. So, they called the priests and wise men of the village. They said he is singing the Upanishads and the Vedas, and things like that, what happened. So they named him Tirumoolar, Sri Shepherd. And the Tirumantiram is the classic work written by Tirumoolar. Tiru is Sri and mantram in Tamil will become mantiram. So, its basically about the great mantra the Shiva Panchakshara, Aum Namaha Shivaya. It is about the detailed explanation of the different chakras, like we learnt in Kriya. There are other texts also. I am giving you an example, and the sushumna nadi and the sahasrara, beautiful descriptions and how to chant the Namaha Shivaya in different centres. And as he says to reach the feet of Shiva, to hug the image of the linga of Shiva until you disappear and only Shiva remains, this is how he puts it.

So, essentially to completely surrender to Shiva or Narayana or whoever, means you have to go. If you don’t go, what is the surrender? So, it begins with surrendering. There are two entities, who you seek and who the seeker is, when it is surrendered and totally absorbed, the seeker disappears, because he or she figures out that from the beginning there was no seeker, there was only what you sought. Only reality was that. This is a temporary aberration like a bubble on the surface of flowing water.

Human identity is temporary identity. Looking at thousands of years of civilization, where are we, like when the water flows, bubbles are formed. The water of life flows, the bubble is formed. This little bubble reflects the whole world in it. If it has a personality, it might think, I am the whole world, because everything is reflected in it, we don’t know, probably it doesn’t. and then, gone, because it is like the light of the tara, the star, which means one second it is there and gone the next. Twinkle, twinkle, how I wonder what you are. Even though it is a nursery rhyme, it is so lofty.

This is an excerpt of the Satsangs with Sri M on Maha Shivaratri at Haridwar.

Click on the below Playlist to watch the full Satsang series