Sri M has been selected for this year’s Vijnatam National Award, given annually by the Adichunchanagiri Mutt of Nagamangala, Karnataka.

The pontiff of the Mutt Dr. Nirmalananda Swamiji announced on Tuesday that the honor will be awarded to Sri M on the 20th of February during the valedictory of Jnana – Vijnana-Tantrajnana Mela organised by the Mutt.

Announcement in the Media 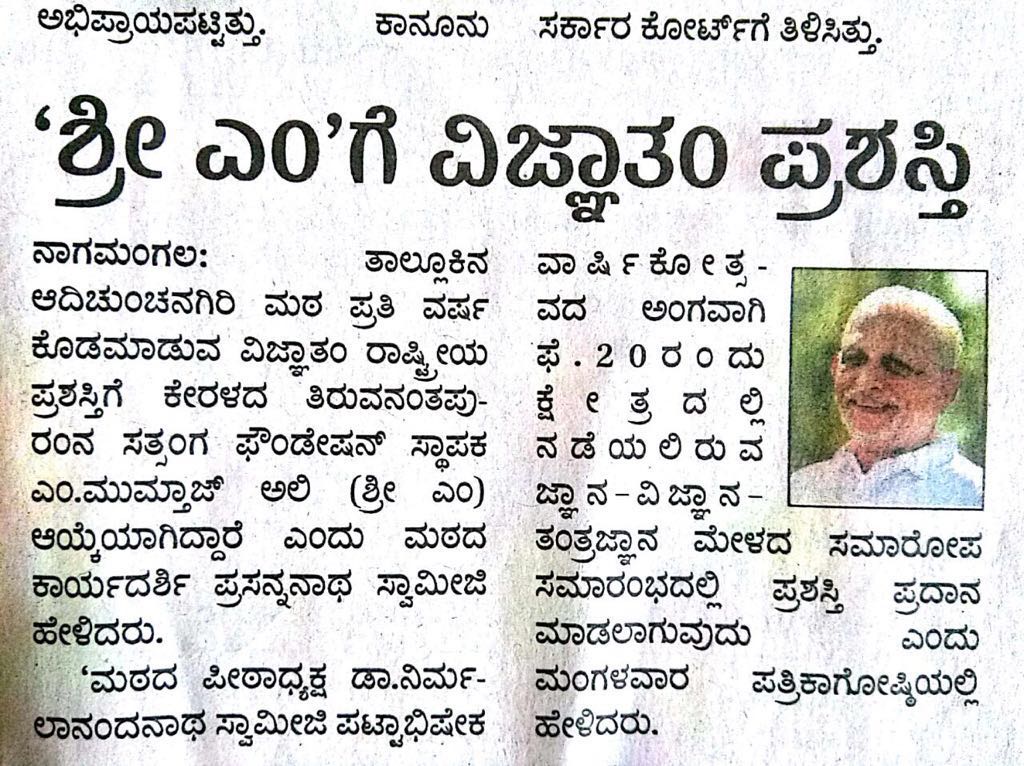