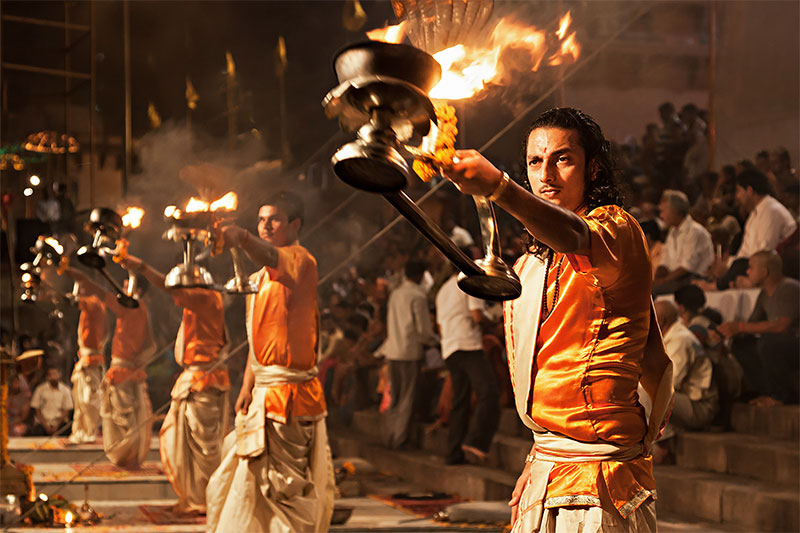 India is a land of knowledge, art, culture, science and spirituality. For centuries, India has shown the world the path of humanism and global peace. The idea of “Vasudhaiva Kutumbakam” (the world is one family) is at its core.

Since the Vedic period, our holy land had faced various onslaughts. But our rich art and culture, our religion and the ancient treasure troves of wisdom, philosophy, science and literature have survived under the watch of our great saints and sages over the centuries.

Since my early years, I have been seeking the “truth”, the “eternal” and the power of spirituality. In my quest for truth and enlightenment, I choose the Himalayas as my abode. I visited the holy Kedarnath Dham on many occasions, and it was here that I heard the amazing story of how the great Maratha queen Devi Ahilyabai Holkar reconstructed important Hindu shrines and temples at several places, including at Gangotri, Rameswaram, Dwarka and Gaya. Some of the famous temples which were revived under her patronage include Kedarnath Dham, Shri Omkareshwar, Kashi Vishwanath, Jagannath Puri and Somnath.

My spiritual quest took me to many places across India. I went to several temples which were renovated by the great Maratha queen. My earnest desire was to dive deep into the world of spiritualism, my quest was to know myself and learn the country’s ancient wisdom. That took me to the doors of Shri Kashi Vishwanath where I was initiated into new dimensions of spiritual energy.

During my stay in Kashi, I pondered over who will carry forward Ahilyabai’s legacy of rejuvenating and reconstructing our great centres of religion and spiritualism, the ancient temples which were plundered by foreign invaders. The thought that our religious and spiritual legacy, our ancient art and culture, and the great centres of Hinduism were gradually degenerating perturbed me.

Now, as I watch the renovated and rejuvenated Baba Vishwanath Dham in the eternal city, Kashi, being dedicated to the world, my inner self is at peace as I know that some true sons of the soil are still there to look after the preservation, conservation and promotion of Sanatan Dharma, to safeguard and preserve our ancient centres of spiritual energy. Prime Minister Narendra Modi is one such leader. Under his leadership, India is moving ahead in meeting its physical as well as spiritual goals as we celebrate our Azadi Ka Amrit Mahotsav. I am thrilled at the very thought of getting a glimpse of Maa Ganga from Shri Kashi Vishwanath Dham.

Despite facing several challenges, Ahilyabai Holkar left no stone unturned to safeguard, rebuild and lay a strong foundation of Indian culture, spiritualism and Hinduism. Narendra Modi is walking in her footsteps by taking up the transformation and rejuvenation of our great centres of spiritualism and religion. I say this as I witness the rebuilding and transformation of Kedarnath Dham and the reconstruction of the samadhi sthal of Adi Shankaracharya, the great seer and teacher.

No one ever thought that the complex issue of the Ram Temple in Ayodhya will be resolved in such an amicable and smooth manner. Today, work on the construction of a grand temple is underway. To whom does this credit go? Narendra Modi is also instrumental in setting up several centres of spiritualism and religion abroad.

One important initiative of Prime Minister Narendra Modi worth mentioning relates to the global recognition of our ancient science of yoga. Yoga, which is an integral part of our culture and our spiritual lifestyle, is today healing and helping crores of people, not only in India but also overseas. It has become a way of life for people across the globe. For those who do not follow the path of spiritualism, it has become a tool to improve their physical and mental health. Even modern science has acknowledged the benefits of yoga.

I started doing yoga and pranayam when I was 10, and it is because of this practice that today I am in good physical and mental health. People have realised and felt the real power of yoga and pranayam during the pandemic which helped in healing and keeping them mentally and physically fit during a challenging time. India and the world will always remain indebted to PM Modi for his concerted efforts in reintroducing the science of yoga to the world by persuading the UN to proclaim International Yoga Day.

India is going through a cultural and spiritual transformation. In his monthly radio talk, “Mann Ki Baat”, PM Modi referred to Brazil’s Jonas Masetti and highlighted his work and accomplishments, especially the lessons on Vedanta and the Bhagavad Gita that he has been giving near Rio de Janeiro. The PM also called upon non-resident Indians to play their part in global peace and in promoting Indian ethos and values.

The social and cultural impact that PM Modi has made on the lives of crores of Indians through his various initiatives, despite facing severe challenges and hardships, will be etched in our history forever. These include getting the poor access to proper toilets, Swachh Bharat Abhiyan, Ujjwala Yojana, Beti Bachao Beti Padhao, water conservation, Namami Gange, and so on. The great success of these programmes is nothing short of the social, cultural and spiritual rejuvenation of the citizens of India.