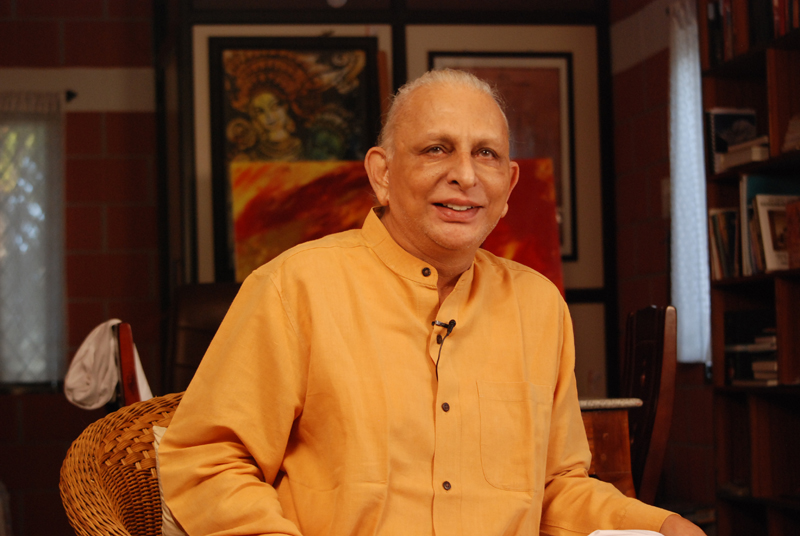 Yoga is not just an art, it’s a science. A scientific discipline into which one must enter mindfully, step-by-step, and where the results are evident for you to see. Do it! The proof of the pudding is in the eating, so do it and realise how effective it is.

This science called Yoga has been mentioned, maybe 800 or 1000 years ago, in the Upanishads which are the essence of the teachings of ancient Indian philosophy. Patanjali wrote the earliest codified versions, edited the understanding of what Yoga is, and defined it as yogas chitta vritti nirodha.

Why would one do that—wipe out the distractions? It is observed that the mind, which is almost always in conflict, also wastes a lot of energy on its distractions. So, chitta vritti nirodha indicates that the aim of Yoga is to practise the methods to get rid of the distractions and settle the mind to a tranquil state. A mind, serene and settled without distractions, is a powerful mind, a happy mind, and a calm mind.

The calm, quiet, and tranquil mind, called Samadhi in the yogic terminology, is almost akin to nuclear energy inside you, though in a peaceful way, and can be used for various purposes—not so much for yourself, but for others. Most importantly, it can be utilised for peace. The mind becomes one-pointed, much more intuitive, gains the capacity to think without distractions, and also perform worldly activities in a comparatively flawless manner.

It’s not only spiritual, it’s also reflected in your day-to-day activity. You choose to put things in order because the mind has now become orderly. It’s no more running here and there, it’s systematic.

Taking a human being towards fulfillment in consciousness, as opposed to satisfaction in physical needs only, is the ultimate aim of Yoga. It is the study of the mind, a precise practice undertaken step-by-step, and remains one of the most significant things for future generations.