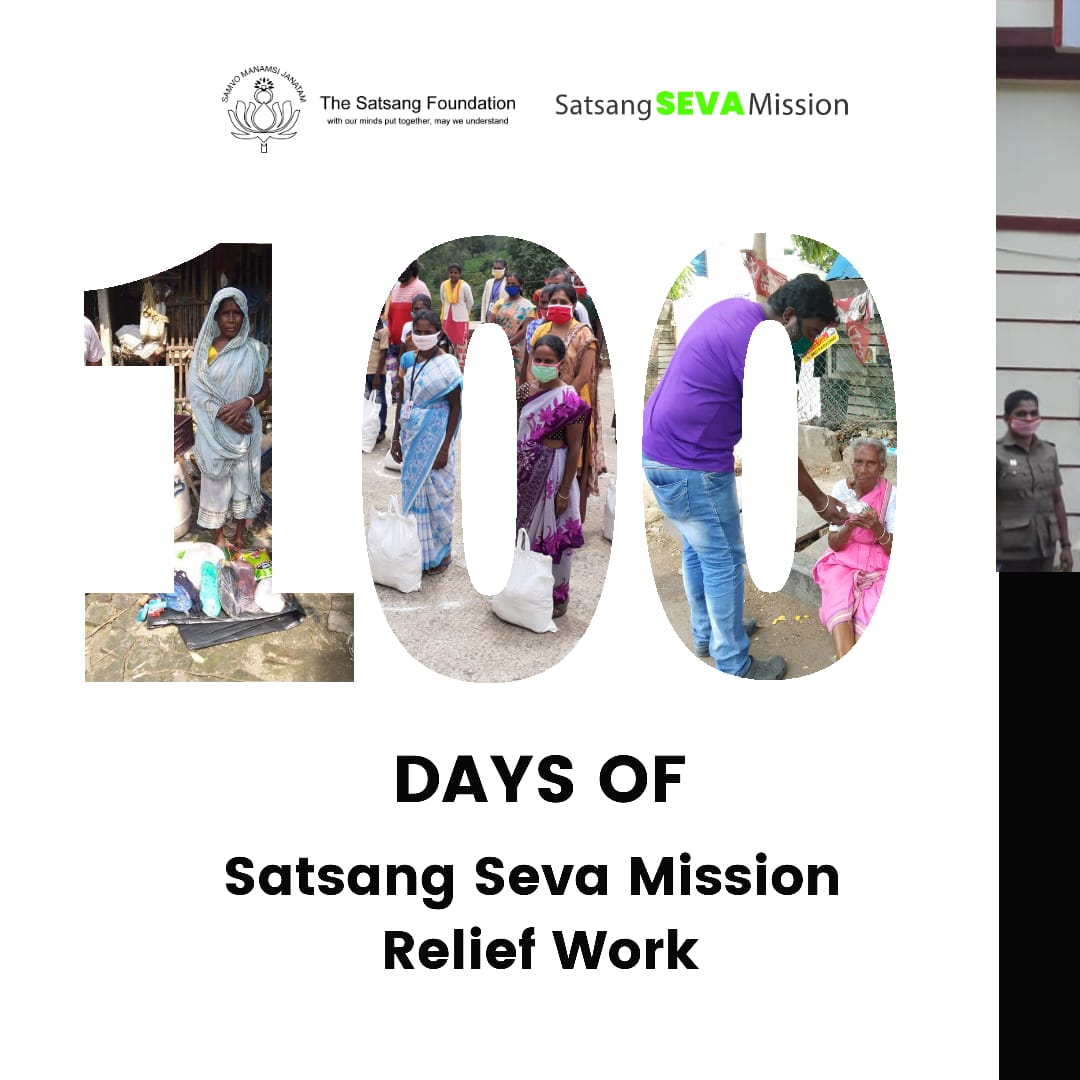 Satsang Seva Mission, under Sri M’s guidance, is today serving humanity in all its walks, in its difficult journey during the times of Covid, when life has come to a standstill for many, where there is little or no safety net for micro and small businesses, when millions of people, especially daily wage-earners, have lost the means to earn an honest livelihood and the ability to feed their families. 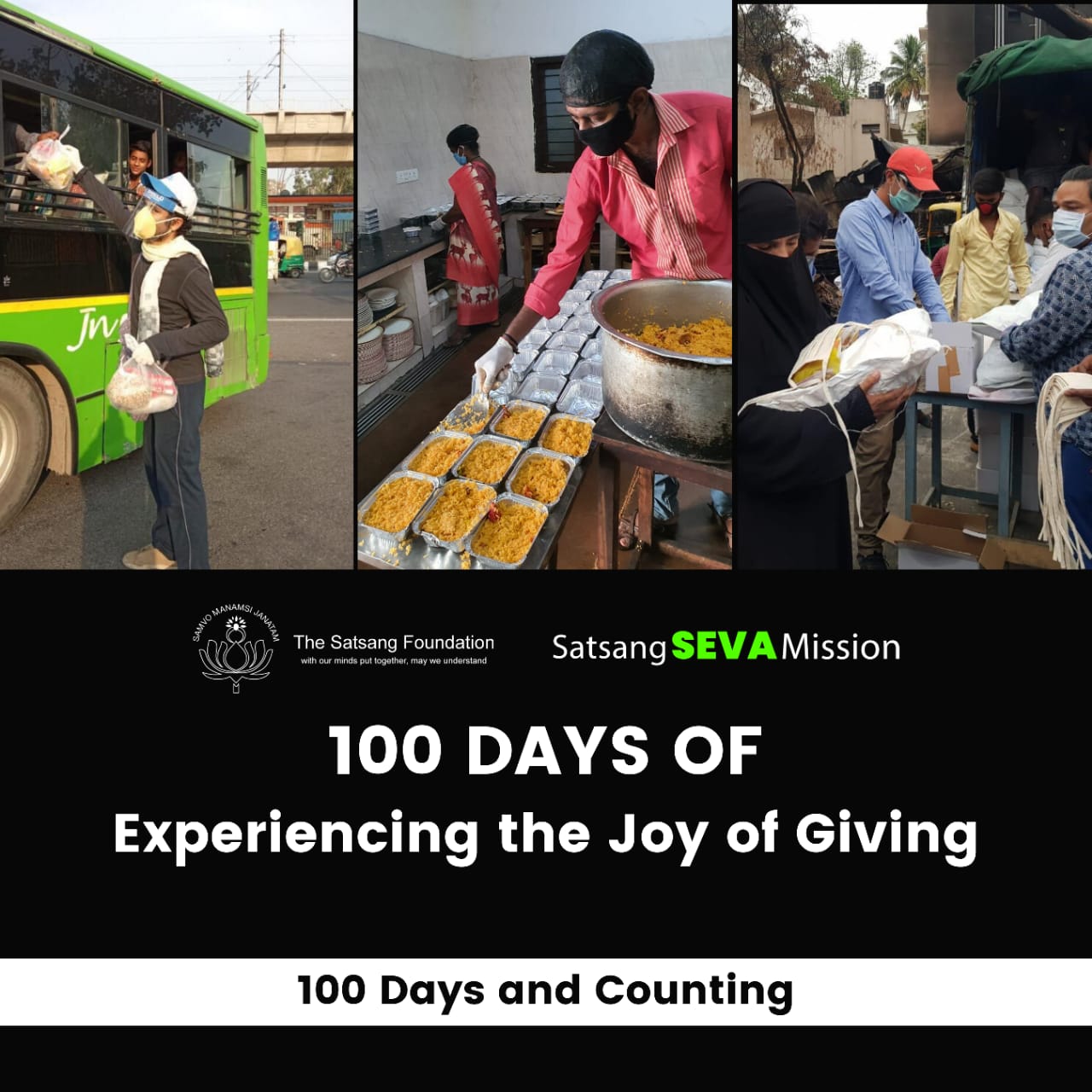 The support from Satsang Seva Mission has ranged from running community kitchens, distribution of dry rations and other essentials, helping homes for the elderly, physically and mentally-challenged individuals, as well as the distribution of personal protective equipment (PPE), masks, sanitisers, and other resources to frontline workers in hospitals, police and among social workers. In some cases, Satsang volunteers identified the occasions and segments for extending support, while in others, the Satsang Foundation was called in to support local government institutions and NGOs.

In the 100 days of the Satsang Seva Mission, about 1.6 million meal-equivalents have been provided in the form of dry rations for households and institutions for segments ignored by other relief activities (such as transgender people, sex workers, HIV patients etc.), cooked meals for individuals, and sustenance packs for people travelling from cities to their hometowns and villages. More than 150,000 units of protective and medical equipment have been distributed, including high-quality Personal Protective Equipment sets, N95 and non-woven masks, medical gloves, face shields, reusable masks, institutional sanitiser dispensing equipment, and specialty medical equipment such as intubation boxes, disinfectant, and sanitisers in bulk quantities to frontline Corona warriors, including medical personnel, police personnel, and Asha Workers. 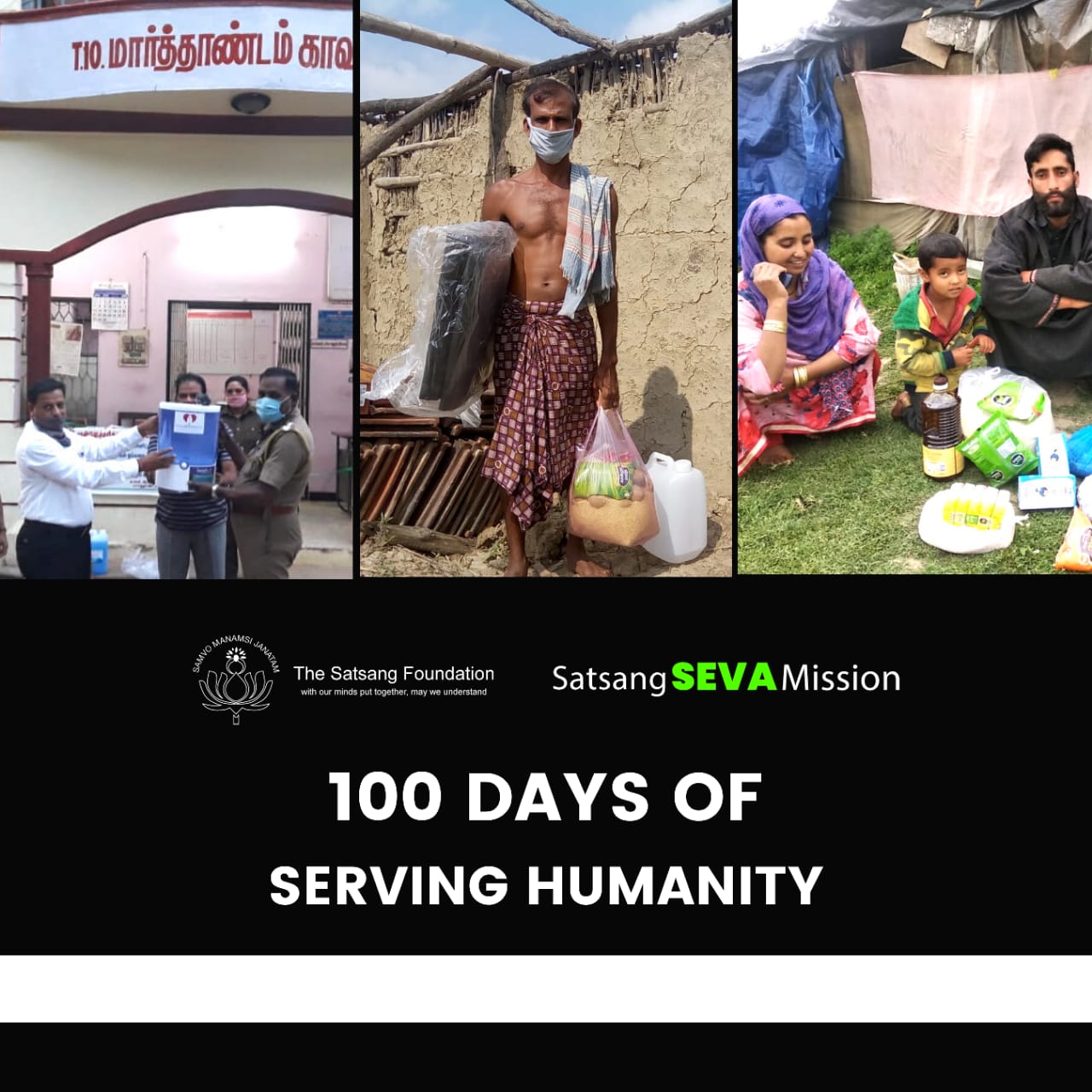 It is impossible to capture in a few words the sheer diversity of about 250,000 people who have benefited, but here are a few instances:

We are grateful for all the material and monetary support received from within the country and outside, from individuals and institutions, and will count on the continuing support as we move forward to alleviate the pain of our fellow citizens.