The Walk of Hope 2015-16 enters Bhagamandala on March 8, 2015 followed by a day of rest on March 9, 2015 as per the published schedule. Please find below the event program of the reception that has been planned for Sri M and the Walkers of Hope at the Bhagandeshwara Temple premises, Bhagamandala. 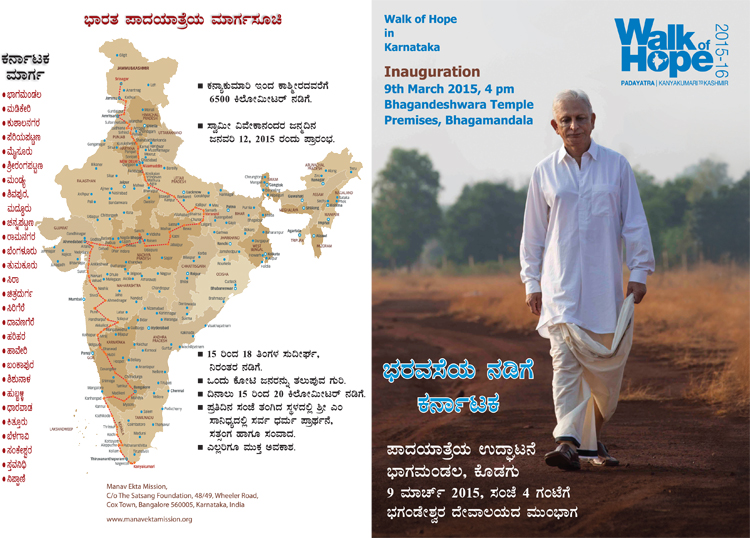 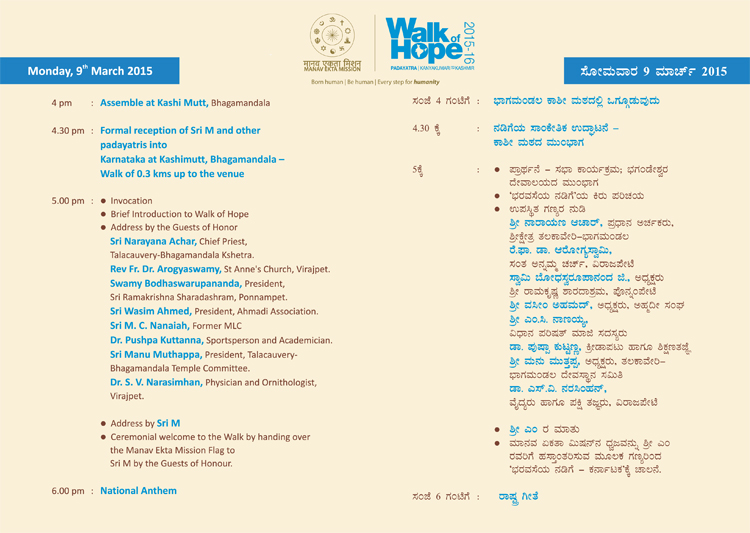