The Sacred Grove: Centre for Exploring Consciousness is an initiative of the Satsang Foundation.

Located at Chowdepalle, Andhra Pradesh, 27 km away from Madanapalle.

At the core of this Study Centre is the spirit of Swadhayaya – Sadhana – To understand the Self. This spirit invites an enriching interaction between the inward journey and its outward expressions.

The Aranya Sanskriti (forest civilization) of ancient India is one of the finest examples of exploring the recesses of consciousness, in solitude and in relationships. In these sacred groves, the teachers and disciples interacted to share the essence of life. In the same spirit, Sri M has envisioned a Sacred Grove for Satsang, both, in solitude and in interaction with the teacher and other co-travellers.

Infrastructure to Facilitate the Journey

To encourage and nurture a seeker’s journey, the following facilities have been planned on the 17-acre serene campus, surrounded by hills and paddy fields.

Sadhak Niwas: A cluster of 12 cottages for self-retreat have been designed with each cottage consisting of two independent, self-sufficient units. Up to 100 participants can be accommodated at one time.

Wellness Centre and Herbarium: Therapies will be provided here at regular intervals. The centre will have two separate treatment rooms for men and women, and rooms for residence, reception area, and living quarters for the therapists. A space has been earmarked for an herbarium for therapeutic use.

Yoga and Meditation Hall: The participants residing at The Sacred Grove for retreats as well as the Wellness Centre will benefit from this facility.

Amphitheatre: It has been designed to accommodate approximately 1000 people during festive occasions like Shivratri, Gurupurnima and Retreats.

Dining Hall and Kitchen: Approximately 100 participants can be seated and meals can be organized for special events with larger numbers.

Farms and Orchards: With the conviction that a simple agrarian lifestyle can be spiritually oriented as well as financially sustainable, around seven acres of land have been earmarked for organic farming of vegetables and fruits.

Environment Concerns: Tree plantation is one of the precious aspects of the project. A large cluster of trees connected with Ayurveda, mythology and tradition has found a place in the heart of the Centre.

Goshala: A spacious home for 10-12 indigenous cows with ample open space for them to move freely. Fodder too is grown in this area.

The first phase of construction work comprising of the Library, Offices, Volunteer’s rooms, Director’s cottage, and a Model cottage, is expected to be completed by the year end. A well-planned Goshala with a beautiful terracotta roof, against the backdrop of a hill is ready to provide the necessary security to the cows and their young ones.

The hills around The Sacred Grove are dry and denuded, with large rocks precariously placed. We decided to take a step towards contributing to the eco-balance by planting varied species of trees and plants. Two years ago, plantation process was commenced with Sri M planting two Neem and one Gulmohar tree on the Western Boundary of the land. Following this, large flowering trees and shade giving trees have been planted along the boundaries of the land. Kanuga, Amaltash, Sita Ashoka, Aakash Malli, Gulmohar, Tamarind, Rain trees, Peltaphorum, Spethodia, Largesstroemia adorn this area.

In the tradition of forest cultures of our ancient past, a Panchavati has been created with Neem, Peepal, Bilva, Amala, and Rudraksh trees, to invite meditation and Sadhana

While most of the listed trees have some medicinal significance, in the next phase of tree plantation, we plan to plant trees rich in medicinal value. Since a Wellness Centre, with a therapeutic intent, is going to be a significant part of The Sacred Grove, the process of setting up an herbarium has already been initiated.

Water Management on the Campus is one of the primary initiatives at “The Sacred Grove”, The Foundation has inherited a working borewell and an open well from the original farmers. For ongoing requirements, we plan to organize additional water resources and better management of these.

In consultation with a water-management expert, the architects and engineers, a pond of 145 by 145 feet dimensions has been created to collect rainwater from the overlooking hill, a part of the Eastern range of Palakonda hills. The surface water that would otherwise have drained off into the adjoining lands or caused water logging harming the plantation, has been directed into the pond. Strategically located in the midst of fruit plantation, fodder plantation, vegetable farms, it will not only take care of irrigation needs but also enrich the soil and help raise the depleting underground level. Since there is an ongoing construction work at the site, the dugout soil was used largely for creating pathways and kept in reserve for further construction.

In harmony with the surroundings, the architects have earmarked  an  acre of land for a Goshala complex. This includes a spacious abode for 12 cows with a barn for the new-born and the young ones, living quarters for the farmers, storage room, dairy room, and a fenced grazing ground for free movement of the bovine.

Four Gir cows – Lakshmi, Ganga, Gayatri, and Saraswati, along with a male calf Rajagopal and Surabhi – the female calf born at the Sacred Grove, have moved into their new abode.

Organic cultivation and Goshala have a symbiotic association. with a Goshala of indigenous cows. Preparing Panchamrut and Jeevamrut – the organic manure and pesticides, are dependent on yield from the cows. We are glad to share that our experiments with chemical free cultivation has been quite promising, okra, brinjal, beans, pumpkins contributed to the kitchen at Madanapalle and even earned modest amounts from sale in the local market.

A Yogi has envisioned a space for Yajna Karma – a sacred offering from the core of one’s being. We invite you to be part of this vision and make offerings of participation and commitment

The Sacred Grove is bound to evolve along many more unchartered paths.

We look forward to donations and volunteer support

For volunteer support, please send an email to connect@satsang-foundation.org for more details. 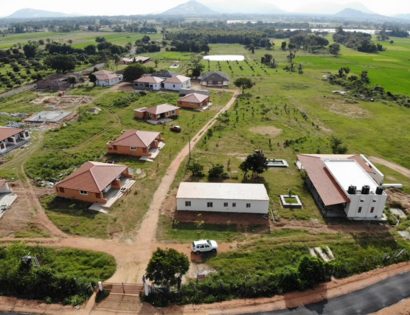 One may wonder how a Goshala, farming, and tree plantation are going to integrate with a library and wellness center at a Center for exploring consciousness!

END_OF_DOCUMENT_TOKEN_TO_BE_REPLACED 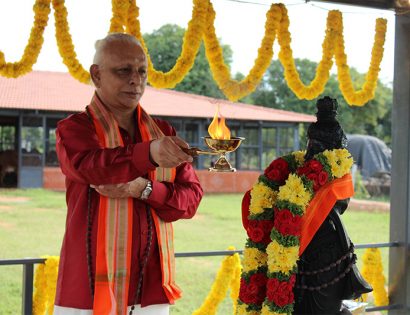 26th Aug ’21 was a day of all-round  auspiciousness at The Sacred Grove in Chowdepalle. It was the day when the joyful and playful presence of  the divine was invited here.

END_OF_DOCUMENT_TOKEN_TO_BE_REPLACED 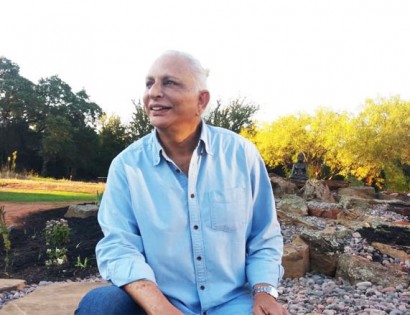 The Satsang Foundation is pleased to invite sponsoring of Cottages for Sadhana and Self Study, on the campus of ‘The Sacred Grove; Centre for Exploring Consciousness’, at Chowdepalle.

END_OF_DOCUMENT_TOKEN_TO_BE_REPLACED 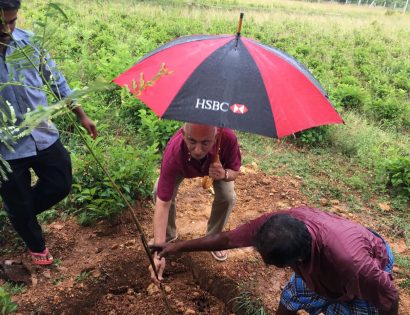 The Satsang Foundation is pleased to announce a new initiative – “ Centre for Exploring Consciousness” in Chowdepalli, Andhra Pradesh.