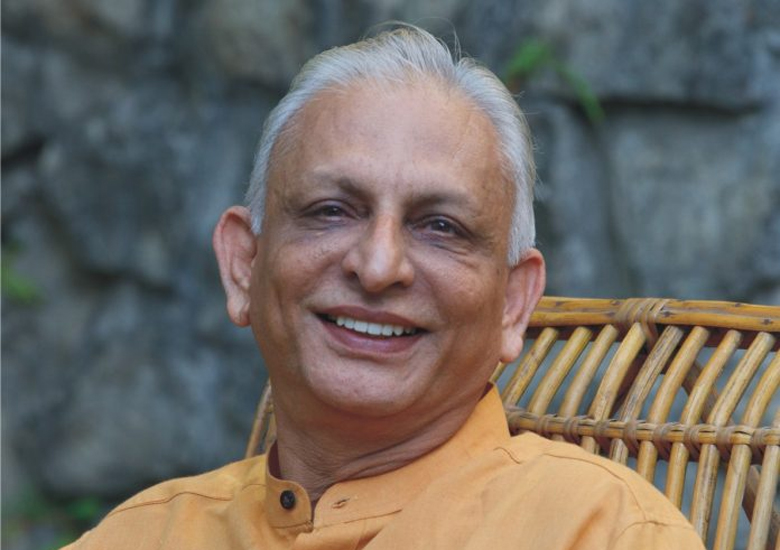 The great living yogi Sri M is in London this month for his first British teaching tour. From his talk on Virtuous Leadership in the House of Lords, to workshops on The Search for Happiness According to Vedanta, and a New Future Vision for the Youth, Sri M addresses concerns common to us all.

It is a rare opportunity to interact in London with a great teacher conversant with the major world faiths who cuts across the barriers of caste and creed. He works for change, a more enlightened leadership and wise organisation of life. In an increasingly globalized world, a fragmented society has left people searching for a moral compass.

He says: “Spiritual evolution is not diverse from regular living. Intervals of solitude are necessary but you cannot shut yourself totally. The world around you is your touchstone to spiritual practice.”

His astonishing autobiography, Apprenticed to a Himalayan Master, charts his transformational journey from a young boy to a living yogi. It was an instant bestseller. The remarkable document ‘is certainly one of the most revealing of the depths of the Hindu mind and heart, and of the spiritual wealth of India, ever to be published in the West.’

Yogic science is employable by mankind in general. Its universal appeal lies is its approach to the Divine, in whatever form one chooses, through a daily usable scientific method. Yoga is a liberating science, particularly in the modern age. It can help to manifest a world of peace and plenty. Sri M lays out the philosophy and benefits of practices such as meditation

He teaches us how to conduct daily life in order to find genuine and lasting happiness. All human beings want to be happy. Yet in our daily lives we struggle to reconcile our differences. We are always seeking something better. We must understand how to live with the heart and mind, intellect and emotions. And how to be happier and less afraid. It’s a question of transformation of attitude and outlook, and energy. According to Vedanta, the secret lies within us.

Sri ‘M’ says “ There is no shortcut to enlightenment and it is a mental state when one knows the essence and source of one’s being through constant seeking and experiences.”

He secretly left home in Kerala at the age of 19 for the distant snow-clad Himalayas in search of a yogi. After a gruelling search, he met Baba Maheshwarnath and spent the next few years with his guru living in Himalayan caves, before he was instructed to return to the plains, get married and prepare himself for his life’s mission. He also spent considerable time with the savant J.Krishnamurti.

His message is to transcend the outer shell of religions by going to the mystical common core, and he works to establish the brotherhood of man. “Go to the core. Theories are of no use.” The scriptures of the world are one in essence, inspiring man on his onward journey. He is a unique teacher who combines in himself the harmony of faiths, and is equally conversant with the Koran and the Bhagavad Gita.

He talks frankly about his experiences to Raja Choudhury in his film titled The Modern Mystic: Sri M of Madanpalle. Sri M lives near Bangalore, runs two schools in Andhra Pradesh, and sings and paints in his leisure time.

In the great Hindu tradition of spiritual seeking, his guru trained him in Vedas, Upanishads, meditation and kriya yoga. Over the years, his mission as a spiritual guide, social reformer and educationist have given rise to many initiatives. In 2015 he led the ‘Walk of Hope’, traversing the length of India, starting at the southernmost tip and going up to Kashmir. It took 15 months and thronging crowds joined him along the way.

Sri M’s is the authentic voice of the wisdom of the ancient Indian seers in a muddy sea of facsimiles. “Quality, not quantity. Spiritual evolution is individual and cannot be a mass phenomenon. No meditation-technique franchises can do much good. Each individual is special,” he says.