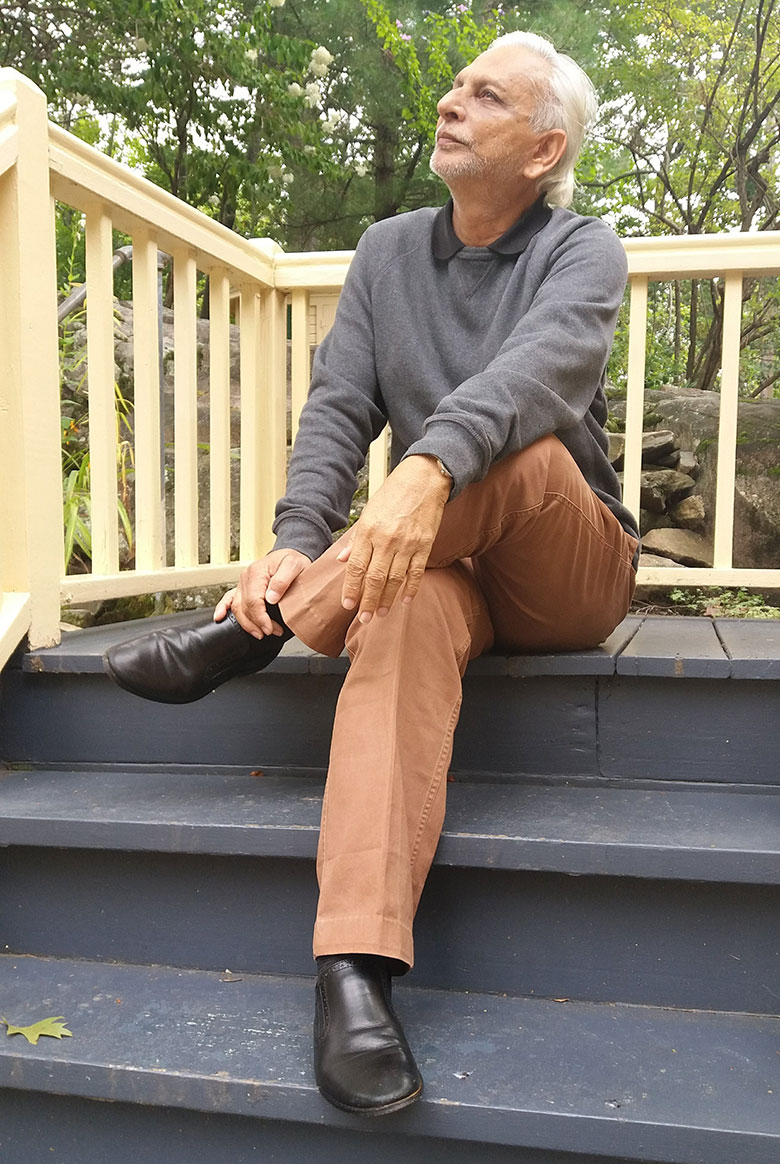 Most of the people say to be conscious you need to have the brain or rather that consciousness is a product of the brain. This is the usual understanding but some of us beg to differ.

Anything that is aware, alive and is moving towards happiness, completeness and satisfaction has to be conscious. We human beings have a developed brain, perhaps the consciousness is associated with the brain, it cannot express itself in the human being without the brain but we are saying that this consciousness is not a product of the brain.

The brain is an advanced computer and the person who operates the computer is different from the computer. To get the complex reactions and exchanges and the growth of the human being, you need an advanced computer; you need a good brain, but the human being who is operating the computer is not a product of the computer. Yes we need the brain, without the brain you cannot function; you cannot even think higher things or lower things. Because the brain is so well developed in us that the consciousness can operate through it in a most complex way, which is why the human being has become superior to others. Okay now without that kind of brain, is there consciousness?

In a single cell in the human body or any other single unicellular organism, you don’t see the consciousness as we see because we have a complex brain but even that little thing has its own intelligence. It divides, it multiplies – binary fission, if it is threatened it moves away. Each cell has its own intelligence; we are made of thousands of cells.

So, what I’m trying to say that every little cell has an intelligence and therefore it is conscious. Okay…even after death; we don’t know what happens after death, the brain is not functioning but that doesn’t mean the cells are not functioning. Cells function for a long time before they die out.

Okay, now take nature as a whole, every living thing has intelligence; the plant does not have a brain, anywhere you can’t find a particular neural cell gathering anywhere but it is intelligent. It knows where the sun is coming, it’ll go that way. How is it going? There’s no brain! I’m trying to say that in every cell there is intelligence, in every living being there is intelligence therefore there is consciousness. If there is water the root will grow that side, see this! And if a disease attacks they develop their own defence.

Okay we’ve done plants let’s come to animals. Do you suppose that animals are not conscious? They are very conscious! In fact, some of them are more intelligent, more loving, more compassionate than even human beings — developed human beings. They are conscious, they have brains. From the plant where consciousness operates without the brain, as a universal consciousness which probably cannot recognise itself, Then come to the animal which has a brain, it has a small brain, even the smallest creatures have a tiny brain So, intelligence and consciousness therefore begins to operate in a slightly different way through the brain, when the evolution comes to the animal but the human brain has an additional factor and that…actually two: one is it has the capacity to visualise. So many neural cells which are important for visualisation have been operated — have been-have been produced in the brain, I mean are there in the brain and that is not — animals are intelligent but they don’t have the imagination; sankalpa is not there, which is a great gift that we have. I would go a step further and say in a low voice that that sankalpa is not part of the brain but sankalpa is part of that consciousness and specialised cells in the brain have been trained to operate with the sankalpa to create things.

Now, even in the smallest brick, which is responsible for this universe that we see, even starting from something smaller than the atom, subatomic and even smaller than that – quarks or even quantum – none can be seen through even the most powerful electron microscope.

The scientists have observed that when you say it’s a particle and you’re watching its reactions and see it reacts like a particle, suddenly it shifts and begins to react like a wave. Then you think it’s a wave and you’re watching, it shifted into a particle movement. So, nobody even knows whether these smallest quantum thing is a particle or a wave because it keeps moving between the two. In fact, some people have gone to the extent of saying that it depends on the observer; the conscious observer, maybe when you observe it begins to change. Now what does it indicate, that when you observe it begins to change means what? Means it is also in its own way aware and conscious, not in the way that we are with brain consciousness; in its own way it has its own consciousness, it changes.

So, we are saying that the true essence of consciousness is beyond the brain but functions through the brain and if you have to touch that consciousness which is not part of the brain — with its activities and so on, with its memories, with its activities, with emotions, with its reactions then perhaps when that becomes still and quiet then you experience that consciousness, which is other than merely brain consciousness. Now Vedanta…the Upanishads have described that consciousness as ‘Satchitananda’ for a reason because; ‘sat’ meaning free from the conditionings of the brain and some such other instruments through which it functions generally, if it can be freed from that, in it’s pure state it is sat- the real state of the consciousness; it is ‘chit’ because it is conscious even without this and it is ‘ananda’ because it is in it’s true essence intrinsically happiness and it is because the source of all living beings including human beings is this happiness that the human being also using the brain tries to find happiness, some kind of happiness. It is a built-in system; everybody wants happiness in some way or the other.

So, this movement towards fulfillment, happiness, this is the whole centre of civilisation. All civilisation has come because we want to expand, because we want to improve, we want to become more refined, we want to experience more happiness. We are saying that quality is actually the quality of pure consciousness which in our case operates through the brain and operates in a brilliant way because different brains are made in different ways although the cells are the same.

Thank you very much.