What does a spiritual aspirant in today’s world need? Openness to learning, humility and a true desire to look beyond this life, says spiritual teacher Sri M. 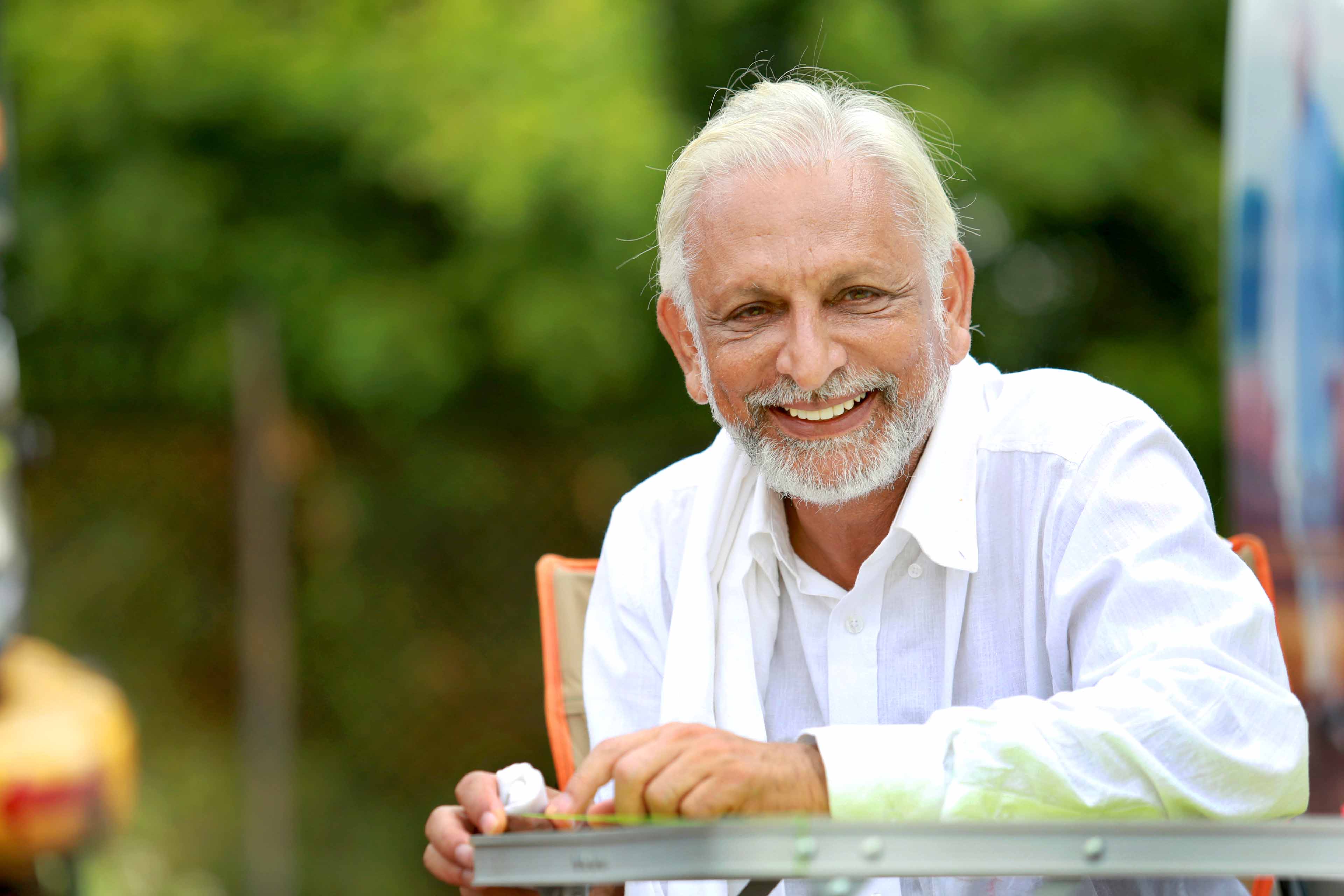 When I started writing this article, I was tempted to title it ‘The Reluctant Messiah’ because that is the impression Sri M gives. He is genial but not keen on delving into his mystical experiences described in his autobiographies, which run the gamut from unbelievable to fantastical.

Born as Mumtaz Ali in 1949 in Thiruvananthapuram in Kerala, Sri M was drawn to spirituality and mysticism from a very early age. He met his guru or teacher, Maheshwarnath Babaji, at the age of 9 in his home’s backyard for the first time. Even though the meeting lasted barely a few minutes, it kindled in him a desire to ‘break free’ and go in search of the esoteric. When he was 19, he left home and headed for the Himalayas in search of his guru, whom he found after an arduous journey. He was christened ‘Madhukar’ by his guru; with time, the name ‘M’ stuck on.
His autobiography, Apprenticed to a Himalayan Master: A Yogi’s Autobiography, and its sequel, The Journey Continues, detail his first-hand experiences of meeting saints and seekers from different orders, seeing beings from other worlds and of mystical experiences that most people have only heard of. He says that he wrote the autobiographies on the instruction of his guru, and adds the caveat that some people may think he has gone crazy.
Later, he was instructed by his guru to get married and live a domestic life without any outward show of his capabilities. The Satsang Foundation, which he founded, runs educational institutions in rural areas and facilitates talks on the scriptures and inter-faith dialogues. One of its recent initiatives was the ‘Walk of Hope’, a 15-month-long walk from Kanyakumari to Kashmir, led by Sri M, across 11 states in 2015 and 2016 to spread the message of peace, harmony and tolerance.

Ultimately, Sri M insists that his larger message is that leading a regular life is no barrier to spiritual advancement; and that if he can do it, so can everyone else. Here are some excerpts from our conversation.

You are called the ‘modern-day mystic’. Do you ascribe to it?
Yeah, some people say that. I live in the modern world, and I am mystically inclined, so I think you could put the two together. I do not have any paraphernalia like the usual mystics. When I go abroad, I wear pants and tee-shirt. It is probably difficult to make out, but I cannot deny my inner mystical experience. And, I also believe that other people – especially the young – can be connected to India’s ancient culture without a change in outer appearance.

Do some people say they are unable to accept you are a mystic because you are not clad in saffron or sporting other paraphernalia?
In ancient times, all sorts of people were mystics. The Upanishads and other scriptures were given by rishis who were married and had families. Some lived in the forest. Some like Janaka were kings. I think, later on, too much stress was put on sanyas (renunciation). I am not against sanyas – it is a very high goal – but not everybody can aspire to it. It is better not to go into it at all than going into it half-heartedly. So, I think we should get back [to how it was].

What I am trying to do is this: With modern clothes, I am trying to bring back [our] ancient lifestyle. In fact, in the Bhagavad Gita, the main thrust is that a sanyasi is not one who gives up his activities. He is one who does his work but is able to maintain his equilibrium and tranquillity without getting caught up in ups and downs. This is what I am trying to [put forth]. Maybe people who are too traditional may not understand this.

Your spiritual journey started when you were eight but you set out from home when you were 19…
I had to get out of my moorings that I had till that time, and change to a different location, a different set-up. This happened at the age of 19.

What was your family’s reaction when you told them you were heading for the Himalayas?
I didn’t tell them; I ran away. If I had told them, they would have tried to hold me back. So, one fine day, I went off. For three years, I didn’t have any contact with them. I was their only son, and the oldest.

They probably thought I was dead. My first contact with my family after leaving them was initiated by a great monk whom I was serving. He asked, ‘Have you written to your mother that you are here?’ That was it. I wrote and my father landed up there on the third day to take me home. I told my master, and he said, ‘Yes, I know. Let it be. Go back.’ 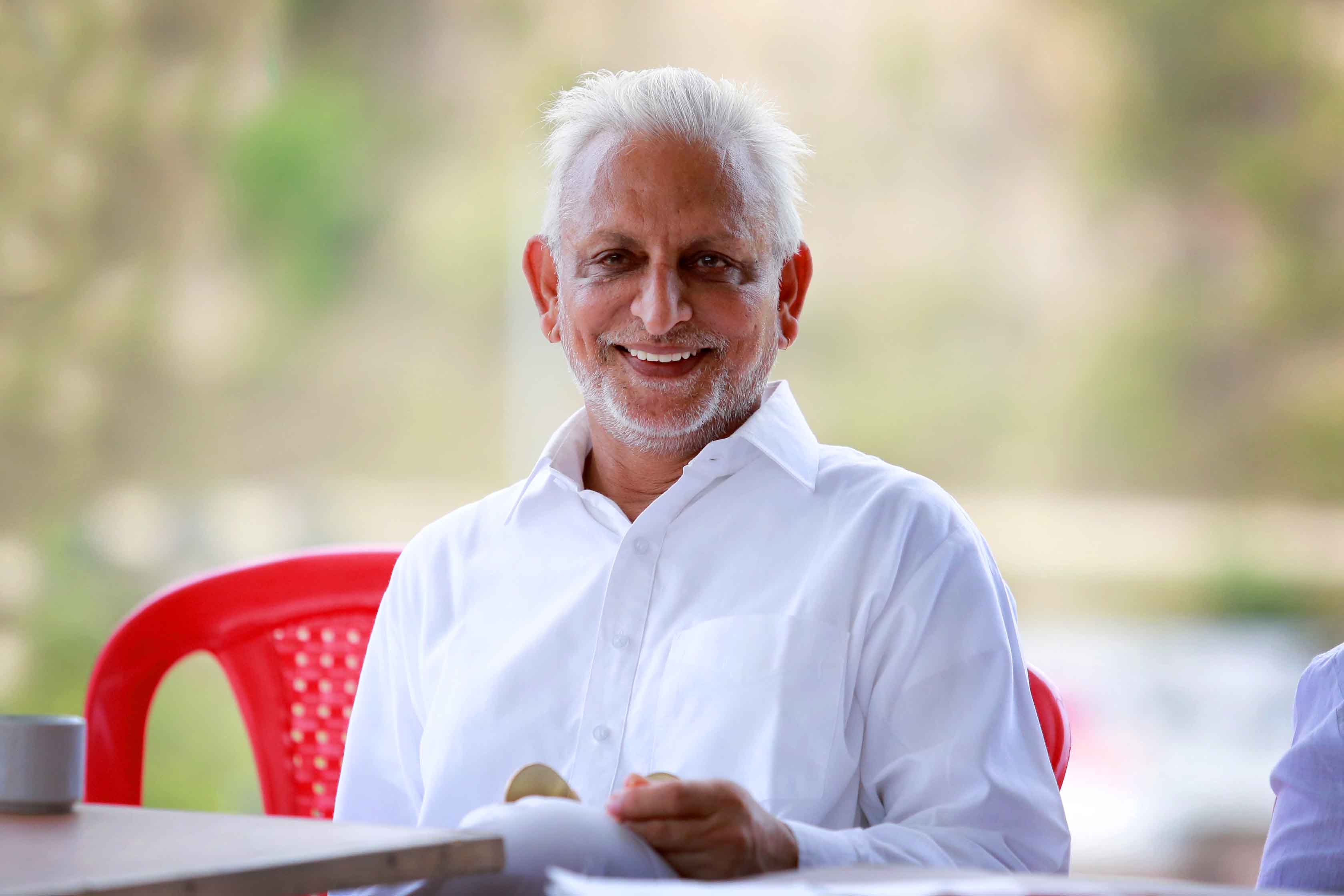 You have talked about spiritually advanced people around us who are so quiet they are like the ‘grass that we walk on’. Why would they remain hidden?
That is because they have another function – it is to prepare people like me to go out and talk or do other things. One such being, living quietly, can produce many people who go out. So, that [coming out and spreading the message] is not their job; it is our job. My master was almost unknown; he was recognised in the mystics’ circle, but he was not well known in general. But he has put me out, and I am doing some work. So, it is not as if they are not doing any work; they are working from the background.

Many of us are fascinated by the concept of miracles being performed or having things manifested, and want more of that. Why are we unable to move beyond it?
Because human nature is to expect something miraculous. Most people are more concerned about this life; very few are concerned about anything beyond this life. So, when they see something [unusual] happening, they get stuck in that. There is no other explanation. Most people who come don’t ask how to move further on the spiritual path. They say that they are stuck in a job without any promotion and don’t know what to do; they are married for many years and still don’t have a child. Especially in India, if you say you are a spiritual person, these are some of the first things they will ask about.

There are very few people who are seriously spiritually inclined – you cannot deny their presence. And you cannot blame the others as well. It is human nature that when they see a source, they try to tap into that. I don’t mind even that, as long as at some point, they leave it there and go further.

Is it a given that every soul who comes into this sphere is destined to evolve?
Hundred per cent [yes]. I personally believe this, and it is my understanding also that at some point or other, you are going to have to move on. Some people look at the world around them and decide, ‘I am in a cage – I need to get out as soon as possible’. Others may have only an inkling of such thoughts. That is okay; we should at least plant the seed.

How much of real-life relevance do the Ramayana and Mahabharata have for us?
Everybody cannot read the Vedanta or Upanishads, so the epics are used to interest people and also instruct them. I think a good knowledge of our epics – not as a story, but as the roots of our culture – is important. It should be introduced in schools. While the Western system of education has its advantages, there has been a tendency to ignore the epics. The best way to introduce the epics is not as religious texts, but in the same way as you would treat, say, Shakespeare. Many of our young people who come from English-medium schools know Shakespeare but they do not know the Mahabharata! You would say Ramayana and Mahabharata are spiritual texts; but then, how many of them know Kalidas? His works have nothing to do with religion. 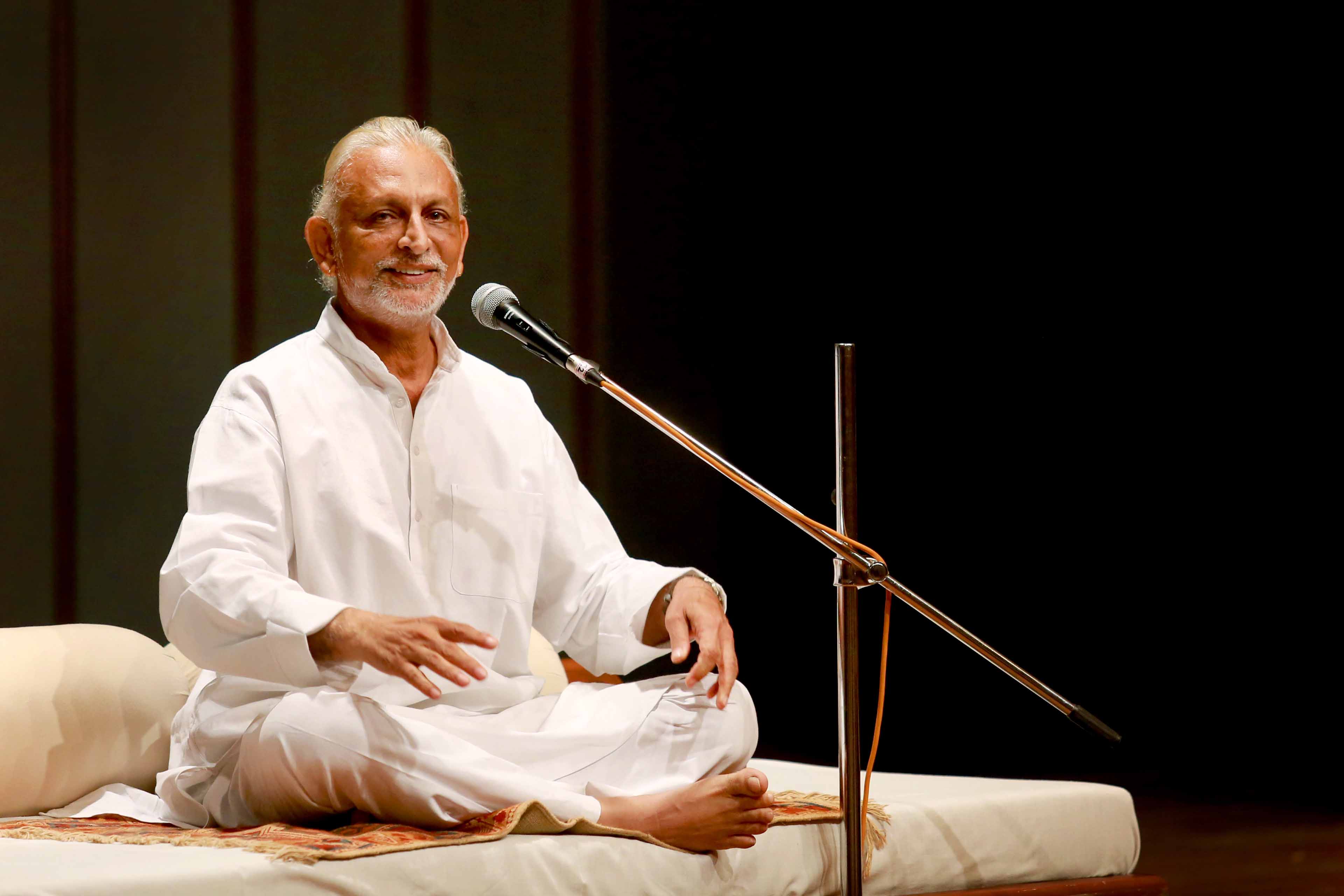 In recent times, we have seen a lot of gurus and spiritual organisations coming up. How does a seeker find who is worth following?
To start with, if there is too much propaganda, get out of there. Second, find out if the person wants to give you something or take something from you. Third, watch the person carefully under all circumstances. If the person seems to be balanced and steady at all times, without any negative tendencies, then it is time for you to start looking closely at him/her. Give it some time. Move with the person. Don’t look too much at the externals; look at his/her genuineness.

There is a fine line between a spiritual experience and something that our mind hypes up. Are we capable of identifying which is which?
I think, yes. The most important thing is to watch yourself. It is not about whether you are having visions. Of course, as you go deeper into the layers of your consciousness, you may have some visions, but that is not the key. The most important thing is: Am I becoming less self-centred? Have I concern for other beings? Am I able to remain tranquil under all circumstances? If this is not happening, then we are not genuinely going to the core of our consciousness.

It may feel very nice when we enjoy bhajans, but are we changing? Some people may work themselves into a frenzy during kirtans; once the kirtans are over and they come out of it, they may be worse off than before! What is the point then?

What are some qualities we need to rid ourselves of when we intend to go on the spiritual path?
To move forward, we have to first realise that we are incomplete. And that means humility – to know this is where I stand. Anger and shame are difficult to shed. Sometimes, when you have gotten rid of everything else, these two become stronger! So, one has to be careful. To control and not show your anger is all right, but the roots are still there. It goes only when you realise that what it is in me is also in everyone else – we are all the same. So, I shouldn’t get angry with myself.

There is a lot of interest in India’s spiritual offerings from other parts of the world. Are we aware of, and using, the treasures contained in this land?
I don’t think we are [fully] using what is available to us. We have so many resources in our country, and I don’t know how many people are really aware of this. However, I think awareness is growing. This is mainly because we have the tendency to respect anything that a foreigner respects. So when it becomes popular in the West, we say that it must be great. Sri Ramakrishna Paramahamsa once commented about a man who asked to be taught the Bhagavad Gita: ‘For three years, I have been telling him to read the Gita. Now, some Englishman must have told him that the Gita is a good book, so he wants to read it!’