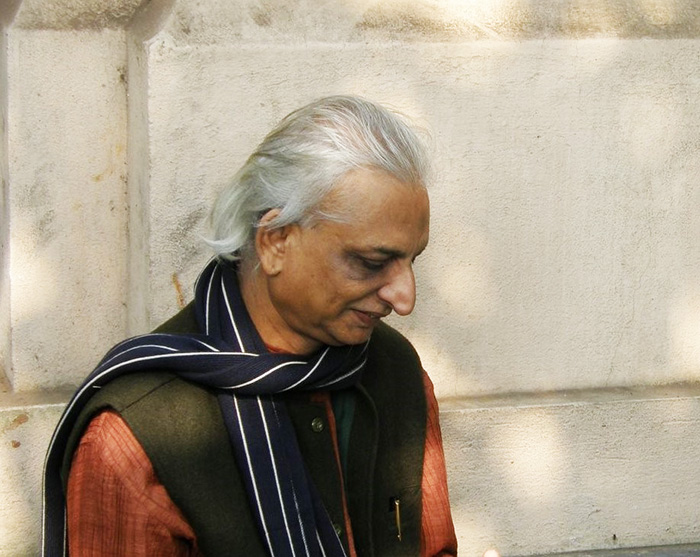 The Ramayana was composed by sage Valmiki. So, I will tell you this story in a nutshell. May Sri Rama protect us.

Bhagavan was born in his entirety as Rama out of Koushalya , as part manifestation in the form of Bharata out of Kaikeyi and as Lakshmana and Shatrughna from Sumitra. So, divided himself into different manifestations. Rama and Lakshmana were taken by Viswamitra to protect his sacrifice. Rama killed Maricha and other rakshasas all alone.

In the assembly of great heros, Rama broke the bow of Shiva in the middle and married Sita. On the way back to Ayodhya he tamed the pride of Parashurama. He then accepted with his head bent low the command of his father Dasharatha that he must go to the forest.

Ravana who had heard from his sister about the beauty of Sita developed a passion for her and sent Maricha who appeared in the form of a deer and tempted Sita. To fulfil Sita’s desire, Rama went after the deer and Lakshmana was sent by Sita to save Rama whose voice was reproduced by Maricha. Ravana in the meantime stole Sita and took her away to Lanka. Rama in the company of Lakshmana then wandered about in the forest. He cremated Jatayu and gave him final beatitude. He then slew Kabandha. He killed Vali and cultivated the friendship of Sugreeva.

Ascertaining from him the whereabouts of Sita, Rama dispatched Hanuman to Lanka. Hanuman met Sita and set fire to the city of Ravana and came back. The Lord then, with the monkeys, reached the shore of the ocean where Varuna offered worship to him and asked him to march over the ocean and kill Ravana. A bridge was constructed over the sea with mountain peaks. The Lord with Lakshmana, Sugriva and Hanuman with the host of monkeys crossed over to Lanka and marched against the army of Ravana.

He killed Kumbhakarna and the sons of Ravana and a host of demons. The Lord finally killed Ravana. Mandodari, wife of Ravana and numberless Rakshasa women mourned the death of Ravana and other demons. Vibheeshana was made the king of Lanka. He recovered Sita who was till then in a wretched plight.

The Lord flew over to Ayodhya in his aerial cart called Pushpaka Vimana in the company of Sitta, Lakshmana, Hanuma, Sugreeva, Vibheeshana and others. The Lord’s mothers embraced him and Sita and Lakshmana. His younger brother Bharata received him and the coronation of the Lord was auspiciously celebrated. The Lord ruled over the kingdom for a long time and all his subjects considered him as their father.

This is the shortest Ramayana – the whole story in a nutshell.